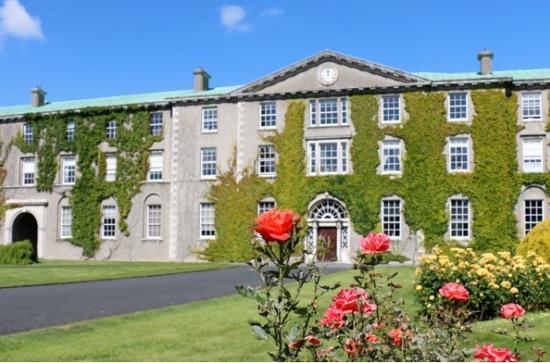 Based on published Higher Education Institutional Staff Profiles by Gender from the HEA, this dashboard developed by Maynooth University provides an interactive and comparative visualisation of key staff data and gender profile, from Irish higher education institutions (HEIs).

The launch of the National Gender Equality Dashboard tracking staff gender across all HEIs comes on the day of the appointment of Professor Eeva Leinonen as the next President of Maynooth University.

The National Gender Equality Dashboard for HEIs, which will be updated annually, offers a valuable baseline (2017-2019), from which progress on gender equality can be visualized and measured across all grades of staff in the Universities, Colleges, and Institutes of Technology.

Minister Simon Harris said: “Much work has been done by our higher education institutions in recent years to address systemic gender inequality and in order to sustain this progress we need effective tools like this Dashboard to ensure HEIs organisational and culture change initiatives are evidence-based.”

Commenting on the National Gender Equality Dashboard for HEIs outcomes CEO of the HEA, Dr Alan Wall said: “The HEA is committed to eliminating all types of discrimination in higher education to ensure that HEIs can perform to their full potential. This tool is a welcome new resource and will complement the HEA's annual publication of national data on staff disaggregated by gender.”

The National Gender Equality Dashboard for HEIs was developed by research expertise within Maynooth University’s AIRO – The All-Island Research Observatory.

The President of Maynooth University, Professor Philip Nolan, commented: “This is an excellent example of synergy between a university and government agencies to ensure evidence-based decision making and better social policy development.  The Dashboard is one of a suite of measures which form Maynooth University’s Gender Equality Action Plan 2018 -2021, which aims to ensure that Maynooth University is and remains an exemplar of good practice in gender equality, organisationally and culturally.”

Dr Linda Connolly, Chair of the MU Gender Equality Steering Group (GESG), Director of Maynooth University Social Sciences Institute (MUSSI), said “The Dashboard is a live tool, which will be updated annually in line with the HEA annual Staff Profiles by Gender, and new fields/visualisations can be added to the Dashboard as new data emerges in the future, or as new visualisations are required.”

Dr Gemma Irvine, Vice President for Equality and Diversity at Maynooth University, commented: “Equality, Diversity and Inclusion (EDI) is everyone’s responsibility.  This Dashboard gives people easy access to see the data for themselves, helping people to better identify where problems lie and to track progress as we implement our gender equality plan.”

Notes to Editors
Ireland’s National Gender Equality Dashboard for HEIs was developed by researchers in Maynooth University’s AIRO – The All-Island Research Observatory using the HEA’s Higher Education Institutional Staff Profiles by Gender data.
The HEA monitors HEI performance through the Strategic Dialogue process and Gender Equality is included as a key focus under Strategic Priority 6: Governance, Leadership and Operational Excellence. The HEA Centre of Excellence for Equality, Diversity and Inclusion led by Dr Ross Woods is responsible for analysing and publishing annual Higher Education Institutional Staff Profiles by Gender. Ambitious targets for the proportion of academic and professional, management and support staff of each gender to be in senior positions are agreed with the HEA and monitored annually through the Strategic Dialogue process.

The HEA National Review of Gender Equality in Irish Higher Education Institutions in 2016 highlighted the systemic imbalance in female representation at professorial level in Irish universities (19%). These figures have gradually improved since then and the HEA Higher Education Institutional Staff by Gender report (2020) highlighted that in 2019 26% of Professor posts in the Irish Universities Association (IUA) institutions were held by women as compared to 52% women Lecturers, an entry level for academic posts in the university sector. The collection and availability of gender disaggregated staff data is a key indicator and is central to enabling HEIs to benchmark their progress nationally and internationally.

About Maynooth University
Maynooth University is ranked in the top 50 global universities under 50 years old, achieving a ranking of #43 worldwide, and #1 in Ireland, in the latest Times Higher Education (THE) Young University Rankings. Tracing its origins to the foundation of the Royal College of St Patrick in 1795, Maynooth University was formally established as an autonomous university in 1997. Maynooth is Ireland’s fastest growing university with more than 13,000 students, including almost 1,600 taught postgraduate and professional students and over 400 research students.
MU is in the top 200 universities for impact (2020) measured against the UN Sustainable Development Goals, 2nd in Ireland and 34th (of 548 overall) in the world for impact in Goal 5: Gender Equality, and ranked 13th (of 548 overall) for Goal 10: Reducing Inequalities. MU is the top ranked university in Ireland (2020) for Goal 4: Quality Education and is ranked 49th in the world.