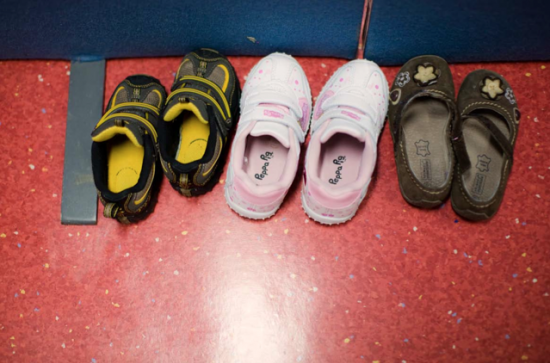 Guilt, Shame, Acknowledgement and Redress: Some Reflections on Ireland's Institutional Treatment of Women and Children

Delivered by Catriona Crowe, former Head of Special Projects at the National Archives of Ireland, the lecture will be followed by a reception.

The event is free and open to the public.

Catriona Crowe will explore Ireland’s recent history of unprecedented disclosures relating to the country’s treatment of vulnerable women and children, across a unique archipelago of institutions – mother and baby homes, Magdalene asylums, industrial schools and reformatories. These institutions were largely run by the Catholic Church and the Church of Ireland, with the state’s full blessing, and what the country discovered about the treatment received by their inmates was shocking; physical, emotional and sexual abuse were found to be common, with consequential life-changing results for the victims. The lecture asks how Ireland should now approach the question of acknowledgement and redress?

Ms Crowe will propose that the only way for us to achieve a complete picture of what happened in these places is to have full access to the archives relating to them. These are in the custody of the state and the churches, and both sectors need to hugely improve access to their archives, for the sake of survivors who need personal information, and for the sake of scholarship, which can help us to make sense of this extraordinary story.

Catriona Crowe is former Head of Special Projects at the National Archives of Ireland. She was Manager of the Census Online Project, which placed the Irish 1901 and 1911 censuses online free to access. She is editor of Dublin 1911, published by the Royal Irish Academy in late 2011. She presented the RTE documentary, Ireland before the Rising, which was shown in February 2016. She is Chairperson of the Irish Theatre Institute; Honorary President of the Irish Labour History Society; and a former President of the Women’s History Association of Ireland. She is Chairperson of the SAOL Project, a rehabilitation initiative for women with addiction problems, based in the North Inner City, and also Chairperson of the Inner City Renewal Group, which delivers employment and welfare rights advice and support to the community in the North Inner City. Dr Crowe is also a member of the Royal Irish Academy.

About the Dean’s Lecture
This is the third annual Dean’s Lecture, an event organised by the Dean of the Faculty of Arts, Celtic Studies and Philosophy and the Faculty’s Research Committee. It aims to showcase the contribution humanities scholarship can have on society and culture, and to bring together colleagues and students from across the University. Former speakers include Professor Jacqueline Rose (2015) and Professor Sidonie Smith (2016).