Did Women Escape The Worst Of Brutalities Between 1919-1921? 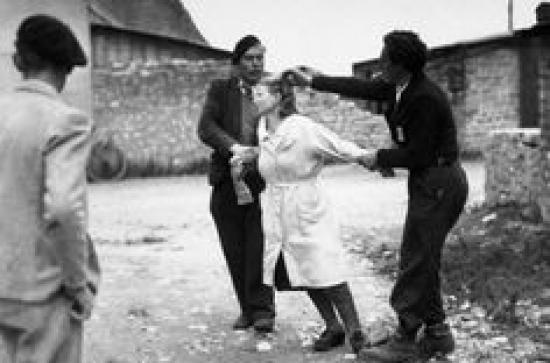 An Irish exceptionalism view suggests there was very little rape in the 1917-23 period in Ireland compared to wars in other parts of Europe. A new paper entitled Women, Violence and the Irish Revolution 1917-23: Hair Shorning and Sexual Violence from a Maynooth professor argues this might not be the case. Professor Linda Connolly argues that women were in fact the subject of sexual assaults and violent attacks during the period which may have not been reported and therefore the evidence needs to be re-examined.

The period 1917-1923 was marked by political violence and upheaval in Ireland – the complex experience of Irish women throughout this period as activists, militants, and as ordinary citizens has, per Professor Connolly, not been fully researched.

Women became the targets for head shaving, beatings and rape during this period, like the story of the rape of heavily pregnant Mrs Norah Healy in Cork, which she reported on April 7, 1921. Head shavings were the most common punishment – shaving women’s hair as a form of punishment, humiliation and sometimes violent intimidation is highly visible in Irish history sources. Eileen Barker was one such victim, having had her head shaved at gunpoint by members of the IRA for allowing British troops to stay in her hotel.

Professor Linda Connolly of Maynooth University Social Sciences Institute stated: “Irish historiography presents the narrative of this period as predominantly about men and male militarism, with women presumed to have escaped the brutalities of war. In the period after the Rising 1917-1923, the impact of violence on women has been given only some preliminary attention.

Professor Connolly continued: “Sexualised violence against women in conflict situations assumes many forms; rape is often only one of the ways in which women are targeted. Hair shorning is part of the continuum of gender based violence that was inflicted on women in this period. This needs to be reflected in Irish historical scholarship on the 1917-23 period.

“What is interesting about Irish history is that enforced cutting of hair in the dehumanization and sanctioning of women occurred on both sides of the conflict – Crown forces and IRA – in the period of revolution, an aspect that seems to fall into the bracket of Irish historical amnesia.

“Historians have also examined how women also had to endure being present during physical assaults, including fatal ones, against their close male relatives – but very little work has been done on how violence against women was witnessed by other women.

“Did women escape the worst of the brutalities between 1919-21? I would say no, we cannot presume this and in fact I would go so far as to say they did not. Much more work remains to be done before we can conclude this.”

On Friday, 1 September, Maynooth University Social Science Institute will host a significant conference exploring how women were affected by the Irish revolution from 1917 to 1923 in the Royal Irish Academy on Dawson Street. Women and the Irish Revolution 1917-1923 will bring together new research by leading scholars exploring how women both participated in revolutionary activities in the 1917-1923 period in Ireland and were impacted by the climate of terror and war that existed.