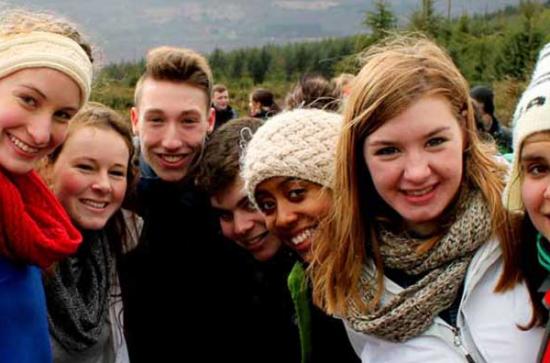 Maynooth University’s position as a global institution was reaffirmed today as Times Higher Education (THE) ranked it amongst the Top 200 most international universities. Listed at number 146 in the rankings, Maynooth’s position has been described as a “significant achievement” by THE.

The ranking is compiled from the ‘international outlook’ indicator of the World University Rankings, which considers international–to–domestic student and staff ratios, and the extent to which academics collaborate with international colleagues.

Phil Batty, Editor of THE Rankings, explains: “An institution’s global outlook is one of the key markers of a prestigious university. The top institutions hire faculty from all over the world, attract students from a global market of top talent and collaborate with leading departments wherever they happen to be based. It is a sign of great potential, competitiveness and dynamism.”

Commenting on the new ranking, Maynooth University President, Professor Philip Nolan, said: “While one must not place too much emphasis on any ranking scheme, it is pleasing to once again be recognised among the top universities in the world.  Our international outlook has been a particular focus of the University in recent years and we have been extremely successful in attracting the highest calibre staff and students from all over the world. We have, over the last five years, doubled the number of international students attending Maynooth University. Today’s ranking reflects the growing reputation of the quality and quantity of our research and teaching internationally.”

A recent survey by Study Portals ranked Maynooth University number 1 in Europe for international students’ level of satisfaction with their experience studying at Maynooth.

Maynooth University is currently implementing a strategic plan to 2017 designed to focus on and enhance its contribution to education and research. Along with a focus on doubling the number of international students on-campus and doubling the number of domestic students spending time abroad, the plan includes new centres of excellence for research, a radical enhancement of undergraduate education, and collaborations with other institutions, domestically and internationally.

Maynooth University is Ireland’s fastest growing university with more than 11,000 students, including almost 1,600 taught postgraduate and professional students and over 400 research students.